Join Us
Join Us

A survey conducted by Parisar has revealed that only 46% two-wheeler users in the city wear a helmet. The survey was conducted on 5 days at 10 junctions scattered across the city. 712 photographs were taken and analysed. 5,498 two-wheelers were captured in the survey, which included 995 two-wheelers with a pillion. Out of these 3003 (55%) riders were observed to be wearing a helmet, while only 30 (3%) pillion riders were using a helmet.

In May last year a similar survey showed 28% riders and 1.1% pillions wearing a helmet. In December 2018, after a 6-month awareness drive by the Traffic Police, another survey showed that the compliance rate went up by just a few percent. In January this year the Police started enforcing the helmet rule. The Police themselves reported that the compliance rate shot up to 66% in just a few weeks. The enforcement drive was supported by the medical community, various professional groups, victims and survivors, and road safety activists. However, after Pune MLAs complained to the then Chief Minister Phadnavis, he asked the Police to stop on-road enforcement of the helmet law. Since then the compliance rate has dropped by 20%, thus revealing the ineffectiveness of enforcement only by CCTV footage. 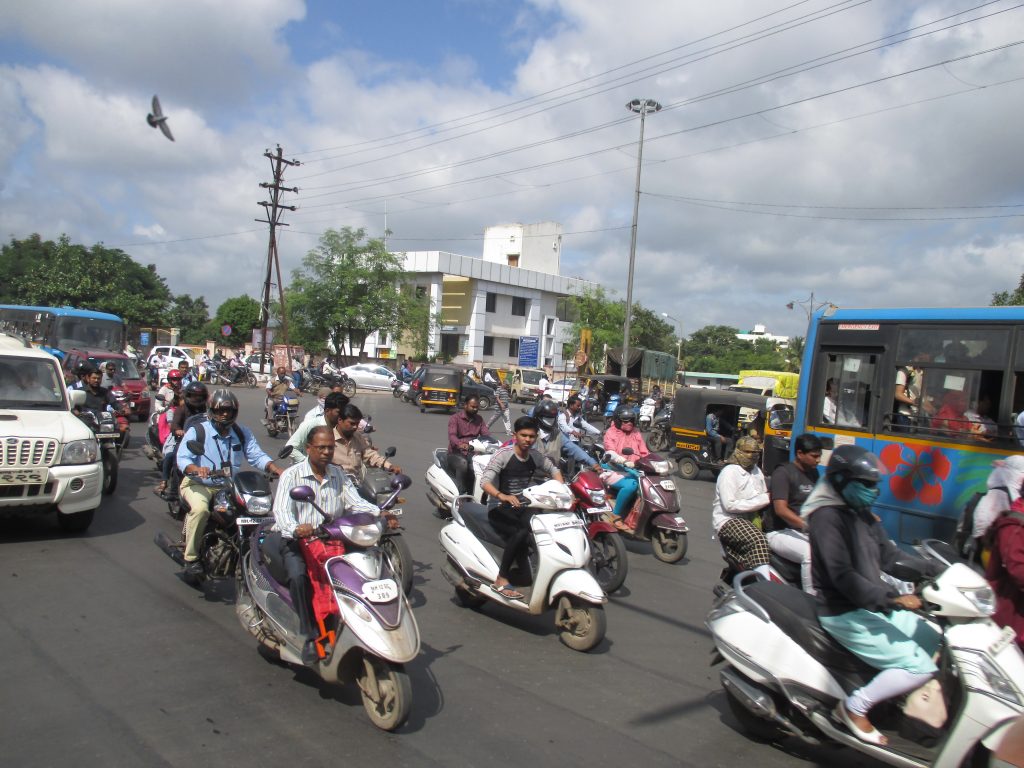 Parisar found that most challans issued by CCTV remain unpaid and the Police have no mechanism to track the challans and ensure fine collection. Many challans fail to get delivered and sometimes get delivered to the wrong people.

“Globally it has been seen that only consistent on-road enforcement works as a deterrent and can ensure high rates of compliance. The Traffic Police were doing a very good job but unfortunately stopped due to political pressure. The results of this survey show that they have to start the campaign again”, said Ranjit Gadgil, Program Director at Parisar.
As per the latest Road Accident report published by the Ministry of Road Transport and Highways (MoRTH), fatalities in Maharashtra increased to 13,261 in 2018 making the State the second highest in the nationwide tally. Two-wheeler fatalities total 55, 336 (36%) of the total fatalities, making two-wheelers one of the most vulnerable road users. The Ministry also reported that 43, 614 of these fatalities involved those not wearing a helmet.Helmets reduce the chance of a fatality by 40% and severe injury by 70% in the case of a crash”, said Sandeep Gaikwad of Parisar who conducted the survey. “Hence the Ministry has taken a very serious view on the mandatory use of helmets and increased the fine for not wearing one to Rs 1,000 with a mandatory 3-month licence suspension. The clause that allowed States to give exemptions to the use of helmets has also been removed”.